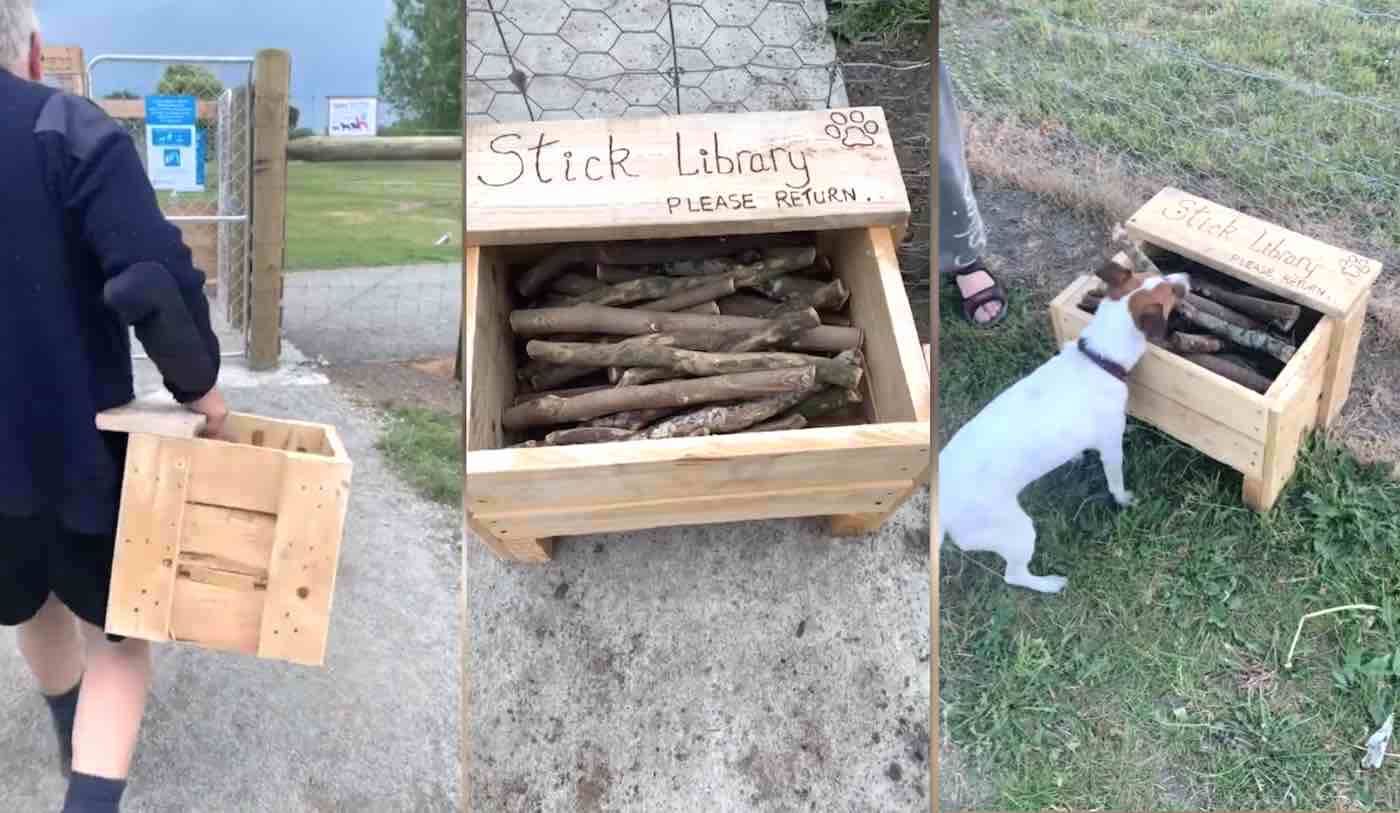 Dogs may be man’s best friend, but let’s not forget that a faithful fetching stick is a dog’s other best friend if you don’t have a tennis ball at hand.

So when 59-year-old Andrew Taylor noticed that there was a lack of good sticks at his local park, he decided to take matters into his own hands.

The dad from Kaiapoi, New Zealand had been chopping off excess branches from some trees in his yard when he decided to make them into a “Stick Library” for all the local pups.

RELATED: Trash Man Creates Free Library Out of 20,000 Books Found in the Garbage

After chopping up the branches into several dozen conveniently-sized pieces, he put them into a hand-crafted box emblazoned with the words “Stick Library: Please Return” and brought it to the park.

Since Taylor and his daughter hosted a small neighborhood inauguration party for the Stick Library, more than 50 dogs and their owners have enjoyed a game of fetch with the sticks.

“As people started to arrive, there was a disbelief of how simple the idea was, but it’s one of those ideas no one had thought of,” said Taylor’s daughter Tayla Reece. “All the dog owners appreciate it, as they all have experienced the ‘good stick search’, which isn’t always fruitful. It’s an idea that just makes sense to them.”

(WATCH the pawesome video below)