65 years ago today, The Wizard of Oz was televised for the first time, and was so successful—with 53% of US television viewers tuning in—that it was destined to become an annual event in American homes. 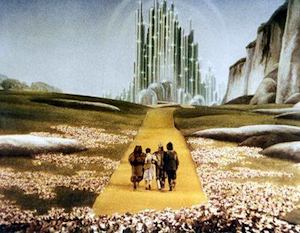 MGM sold CBS the rights to televise the film for $225,000 per broadcast. Starring Judy Garland as ‘Dorothy’ and Ray Bolger as ‘the Scarecrow’, the TV premier of the film, which aired nearly 20 years after the film’s release, was hosted by Bert Lahr, who played ‘the Cowardly Lion’, and Garland’s 10-year-old daughter, Liza Minnelli.

CBS ran it again three years later during the holidays and gained an even larger television audience.

Beloved for its use of Technicolor, fantasy storytelling, musical score, and memorable characters, The Wizard of Oz was nominated for six Academy Awards, including Best Picture of 1939, and won two—for Best Original Song (Over the Rainbow) and Best Original Score by Herbert Stothart. (1956)

More Good News on this Date:

61 years ago today, the Great Swamp National Wildlife Refuge was established by an Act of Congress after a year-long legal battle that pitted local residents against New York and New Jersey officials wishing to turn the watershed, which gives rise to the Passaic River, into an airport. 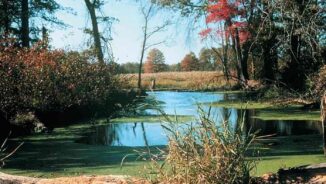 In that year, local conservationists and the North American Wildlife Foundation quickly purchased enough land in the core of the swamp to assemble and donate to the federal government, that it qualified the property for perpetual protection as a National Wildlife Refuge.

The famous Arizona Cong. Stewart Udall—responsible for laws such as the Clear Air, Clean Water, and Endangered Species Act—immediately championed the efforts of these residents. He described them as having mounted the greatest effort ever made by residents in America to protect a natural habitat—and later, in 1964 as the Secretary of the Interior, he oversaw its dedication as a refuge.

And, 30 years ago today, a free concert was held in San Francisco’s Golden Gate Park to honor the work of concert promoter Bill Graham, who had been killed in a helicopter crash the prior week.

300,000 people gathered to see many of the entertainment acts that Graham had supported over the years, including Santana, Crosby, Stills, Nash and Young, The Grateful Dead, Robin Williams, Journey, and Joan Baez, who performed and told stories about the famed local celebrity. (1991)

57 years ago today, the residents of Washington D.C. were able to vote in a presidential election for the first time.

Amazingly, people who lived in the nation’s capital had no voting rights in any presidential contest before then. Thanks to the Twenty-third Amendment to the US Constitution adopted three years earlier, the District was granted a number of votes in the Electoral College according to their population, as though it were a tiny state. (1964)

102 years ago today, the Hall of Fame baseball pitcher Bob Feller was born on an Iowa farm. The young prodigy who joined the Cleveland Indians at age 17 struck out 15 batters in his debut start, and became the first pitcher to win 24 games in a season before he was 21. Things only got more impressive—even though he took time to serve his country. 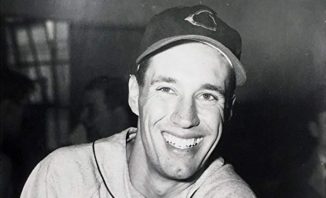 He threw three no-hitters in his 18-year career and tallied the most American League wins seven different years. He could have upped that total, but for the fact that he enlisted in the US military one day after the Pearl Harbor attack and served on battleships and gunners for four years.

Upon his return in 1946, the farm boy recorded 348 strikeouts, a total not exceeded for nearly two decades. ‘Bullet Bob’ was named by Sporting News as the “greatest pitcher of his time,” and Red Sox great Ted Williams called Bob Feller “the fastest and best pitcher I ever saw during my career.” WATCH a video below… (1918)