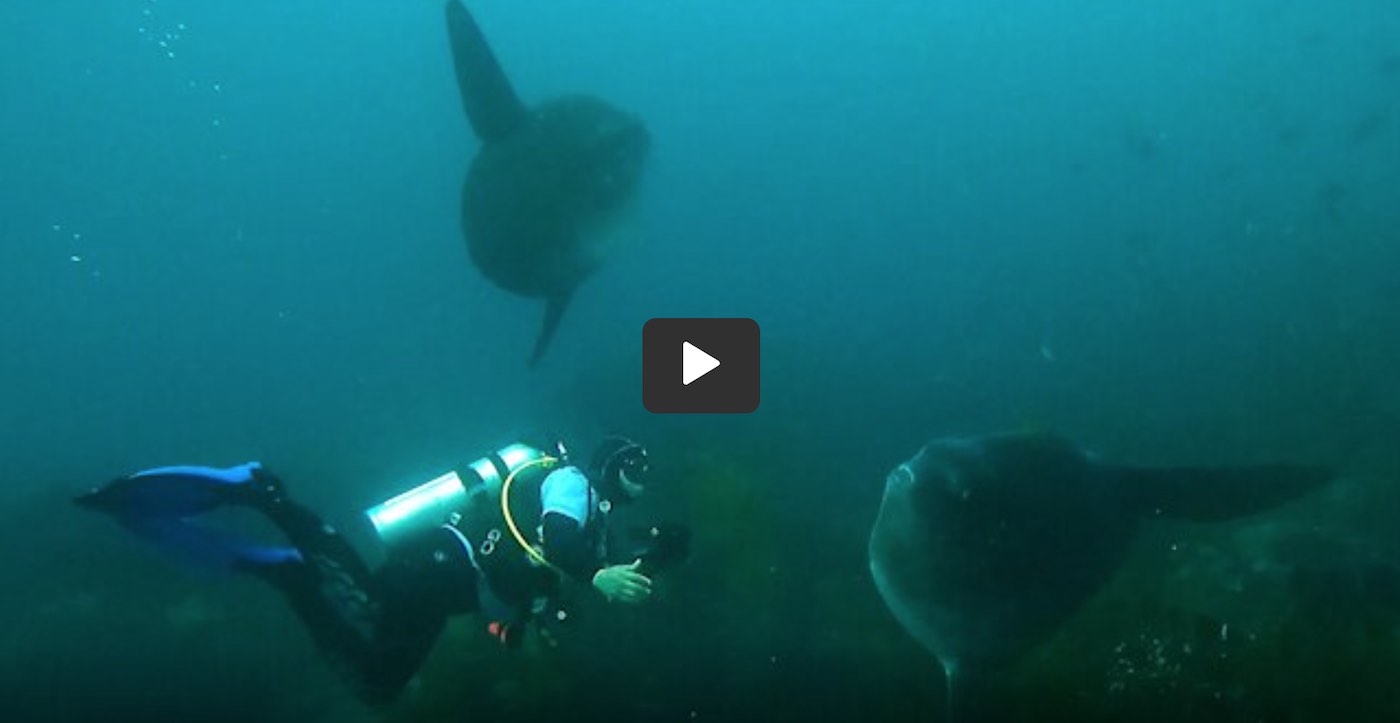 This scuba diver cannot contain his joy when he finds himself among some of the world’s most elusive and unusual fish.

These ocean sunfish are commonly called Mola Mola. They resemble giant heads with fins, as they have no tails.

They drift slowly on the current, although they are capable of impressive speeds for very short distances to avoid predators.

Small Mola Mola are often prey to a variety of sharks, tuna, sea lions, and many types of large fish, but once they reach full size, their thick skin makes them difficult to eat.

Mola Mola  can reach sizes of over 10 feet in length and a mass of more than 5,000lbs (2300kg). Once they reach this size, only orcas, large sharks, and sea lions pose a threat to them.

They often seek food at deeper temperatures which causes them to lose a significant amount of body heat. It is believed that this why they can often be seen lying flat on the surface, basking in the sun.

LOOK: See the Moment a Shark Appears to Pose for a Selfie With a Diver, and Crack the Same Huge Smile

These fish are a rare sight for scuba divers and this man was thrilled to be swimming among a group of these strange animals which seemed unconcerned with his presence around the remote islands of the Galapagos in Ecuador.