Home » Inspiring Animal Stories » Why Do Dogs Tilt Their Heads? Scientists Look at What’s Going On in Their Minds 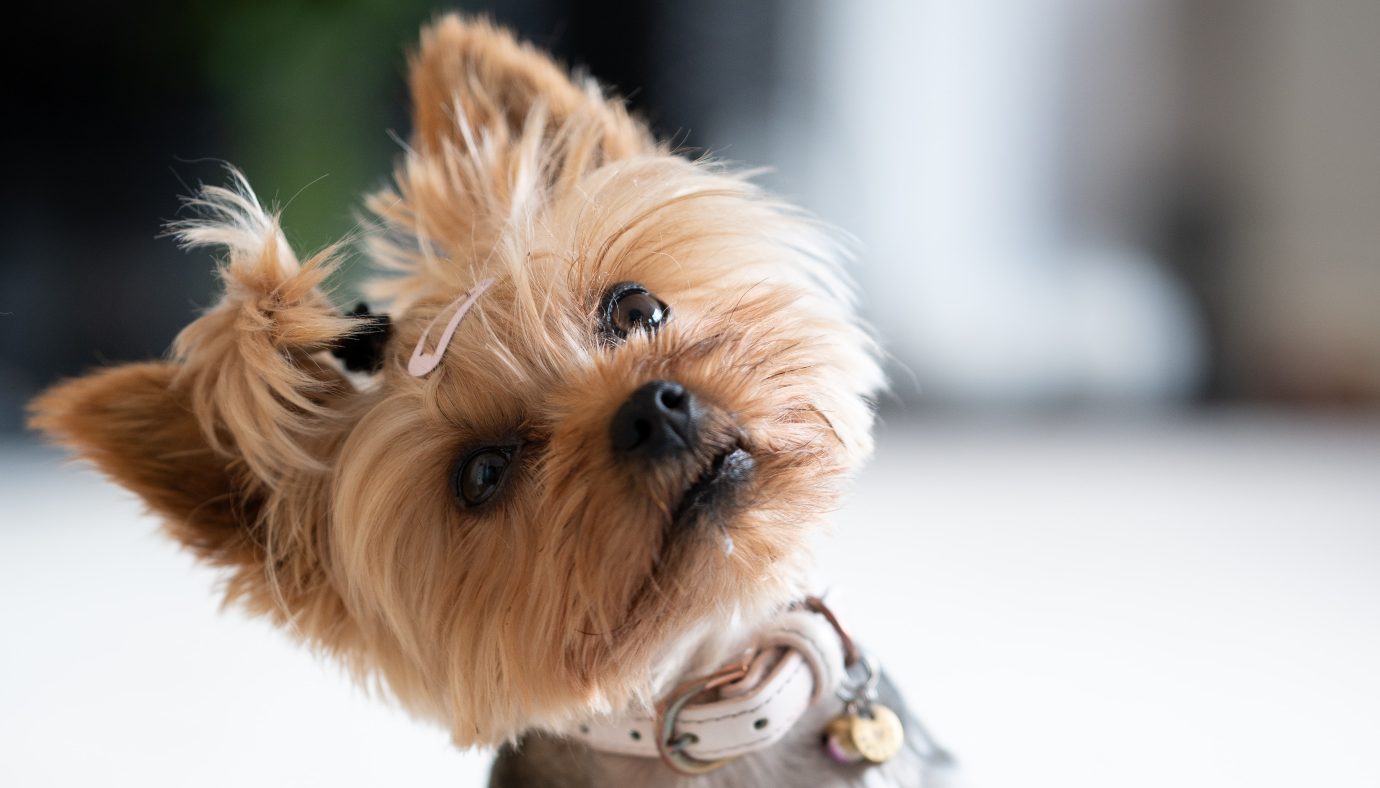 You’ve probably seen dogs tilt their head. It’s adorable, but why do they do it? According to scientists, it may be a sign of concentration and memory recall.

Several animals, including humans, present an asymmetry in the way they move or perceive the environment through their senses. For instance, one can prefer an ear or an eye over the other when processing a vocal signal or an image. In dogs, these asymmetries manifest in behaviors such as tail wagging, nostril use while sniffing, or even paw preference when trying to grasp something out of their reach.

“Tilting the head is yet another asymmetrical movement in dogs, but it had never been studied. We investigated the frequency and direction of this behavior in response to a specific human verbal vocalization: when the owner asks the dog to bring a toy by saying its name. We did so after realizing that it often happened when the dogs were listening to their owners,” explains Dr. Andrea Sommese, lead researcher for this study, from the Eötvös Loránd University in Budapest.

The researchers analyzed the videos collected during a previous study that showed not every dog could learn toy names after three months of intensive training. The test was fairly easy to execute: the toys were placed in one room and the owner in another, together with the experimenter. In each trial, the owner asked the dog to fetch a specific toy by saying its name.

“Over the course of two studies, carried out in several months, we observed the two groups of dogs: 33 typical dogs and [what turned out to be] seven Gifted Word Learner dogs”, continues Dr. Sommese.

For this study, the group of scientists recorded the presence (or absence) of head-tilts when the owner requested the toys, and also analyzed the side of the tilt.

The Gifted dogs—who can be seen in the Genius Dog Challenge, a series of live broadcasted experiments that become viral over social media—very often tilted their head upon hearing the owner’s request for a named toy, while typical dogs rarely did. That is why the researchers then decided to observe head tilts only in the gifted dogs during two further similar experiments, with more toys involved.

The researchers found that the side towards which the dogs tilted their heads was stable for each individual, across the experiments that spanned over 24 months.

“It seems that there is a relationship between success in retrieving a named toy and frequent head tilts upon hearing its name.

That is why we suggest an association between head-tilting and processing relevant and meaningful stimuli” clarifies Shany Dror, co-author of the study.

“It is important to notice that this study only investigated head tilts during a very specific dog-owner communicative interaction: when the owner asks the dog to fetch a named toy. Hence, it is important to refrain from thinking that only Gifted Word Learner dogs tilt their heads in other situations not tested in this study” adds Andrea Temesi, another researcher working on the project, published in Animal Cognition journal.

The researchers of the Family Dog Project also show a new way of conducting science. Just as they did in a recent study, they had to collect part of the data while COVID-19 regulations were in place, which meant to virtually bring their activity to the owner’s households.

CHECK OUT: ‘Puppy Dog Eyes’ Are an Evolutionary Trait Developed So Dogs Can Better Capture Our Hearts

“To do this, we asked the owners to set up two cameras connected to a Livestream software, so we could fully monitor the dogs’ and their owners’ behaviour,” says Dr. Claudia Fugazza, co-author of the study. “This way the COVID restrictions and lockdowns did not stop our research”.

My dog often tilts its head, why?

Often owners observe dogs tilting their heads and we still do not have a full understanding of the function and circumstances in which this behavior happens. However, this study is the first step in a direction that shows how this trait could be related to dogs’ sweet attempts to understand us.

RAISE Those Paws Up For Curious Research, By Sharing It…