130 years ago today, James Naismith invented the game of basketball. The Canadian YMCA sports coach was living in America and looking for a new winter indoor activity, so he nailed two peach buckets on opposite ends of a Springfield, Massachusetts College gym and instructed his students to toss soccer balls into them. 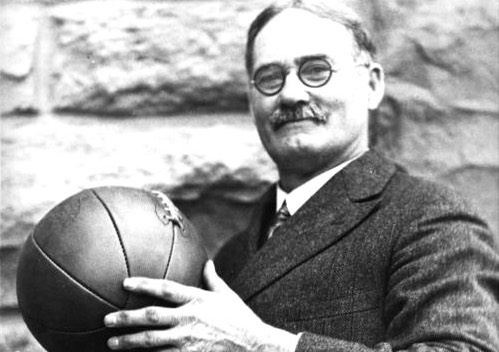 Naismith wrote the original basketball rulebook and founded the University of Kansas basketball program. He even lived to see basketball adopted in 1904 as an Olympic demonstration sport. (1891)

MORE Good News on This Day:

On this day in 1967, Otis Redding went into the studio to record “Sittin’ On The Dock Of The Bay,” 72 hours before he was to die in a plane crash. 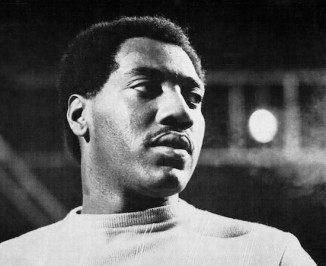 He wrote the song on a houseboat in Sausalito, California a short time after his appearance at The Monterey pop festival. He never saw its release or its rise to #1. Otis Redding also wrote “Respect”, the song most associated with Aretha Franklin; and recorded a famous cover of “Try a Little Tenderness”.

26 years ago today, the Galileo spacecraft arrived at Jupiter, a little more than six years after it was launched by Space Shuttle Atlantis.

The American robotic space probe, which was named after the Italian astronomer Galileo, received gravitational assists from Venus and Earth on its journey to becoming the first spacecraft to orbit Jupiter. Galileo directly measured the atmosphere, despite suffering major antenna problems, achieved the first asteroid fly-by, and discovered the first asteroid moon. (1995)

Also on this day, in 1988, President Mikhail Gorbachev announced that the Soviet Union would unilaterally reduce armed forces by half a million men and withdraw thousands of troops and tanks from Eastern Europe.

The dramatic move, articulated in front of a hushed United Nations General Assembly in New York, jumpstarted long-stalled arms negotiations with the U.S. Soviet officials said the troop reduction of 10% is unilateral and unconditional, meant to demonstrate readiness to reach an agreement with NATO on major reductions in conventional forces and armaments in Europe. It was the first time a Soviet head of state had addressed the U.N. body, and the first time one had ever been cheered by crowds on Wall St.

The troops, tanks, and fighter planes that Gorbachev vowed to pull out were soon removed from Czechoslovakia, East Germany and Hungary… Retired from politics, he wrote a memoir and several books about how he sparked the fall of the U.S.S.R. with his policy of Perestroika.

42 years ago today, Star Trek: The Motion Picture debuted on big screens starring the cast of the original television series.

The science fiction film set in the 2270s features Admiral James T. Kirk (William Shatner) assuming command of the recently refitted Starship USS Enterprise to save planet Earth from a mysterious and immensely powerful alien cloud that is destroying everything in its path.

The first installment of the Star Trek film series premiered ten years after the TV series ended and, as usual, Commander Spock (Leonard Nemoy) figures out the cloud’s origins, which leads to the crew’s success. Its elaborate special effects ballooned the movie’s cost to $46 million, but it earned $139 million worldwide, enough for Paramount to propose a less expensive sequel, Star Trek II: The Wrath of Khan. WATCH the ship unexpectedly enter a worm hole and barely make it out in one piece… (1979)